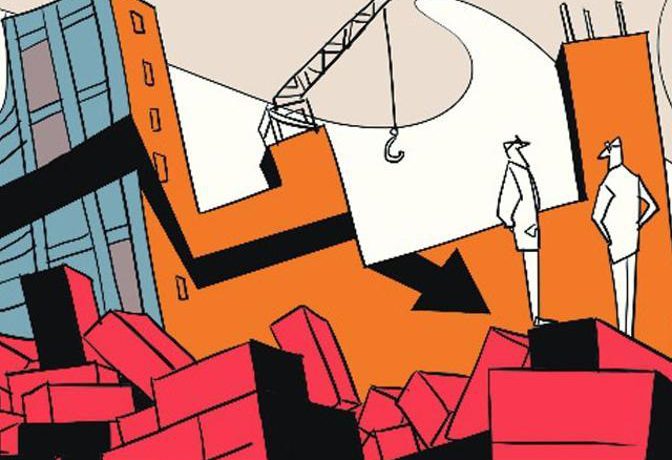 NEW DELHI: Realty firm Godrej Properties Ltd expects to monetise commercial properties worth about Rs 1,500 crore at Mumbai, Kolkata and Chandigarh over the next six months and reduce net debt, which now stands at Rs 3,278 crore.

The company is also in discussion with potential partners to add new projects in its portfolio as part of the growth plan, its newly appointed Chairman Pirojsha Godrej said.

“We expect to complete the monetisation of our commercial assets in next six months and the fund will be utilised to reduce our debt. We have sold about Rs 40 crore in BKC project, Mumbai during the December quarter,” he told PTI.

The company’s net debt rose to Rs 3,278 crore in the December quarter from Rs 3,006 crore at September-end.

When asked how his elevation would affect the day-to-day operations of the company, he said: “I will still be deeply involved. I will now focus on long-term plan.”

In the management reshuffle, Mohit Malhotra has been appointed as the new Managing Director and CEO of the company.

The company’s sales booking rose by 15 per cent to Rs 693 crore during the October-December period of this fiscal compared with previous quarter despite demonetisation but sales were down 43 per cent from the year-ago period, Godrej said.

“There was some impact of demonetisation. But our sales in Greater Noida and Pune projects were very good,” he said.

“We launched Greater Noida project in November where we sold over 7 lakh sq ft with a booking value of Rs 395 crore in last quarter,” Godrej said.

On new projects, Godrej said the company has added a project with 0.56 million sq ft of saleable area in Q3 of FY17 and is in discussion to acquire more projects in micro markets of the cities where the company already has presence.

Last week, it reported a nearly three-fold jump in net profit to Rs 77 crore in the third quarter of this fiscal from Rs 27 crore in the year-ago period. Total income increased by 91 per cent to Rs 554 crore from Rs 291 crore in the period under review.

Affordable housing to be given Infra status; Ashiana , Housing, Puravankara rise up to 15%