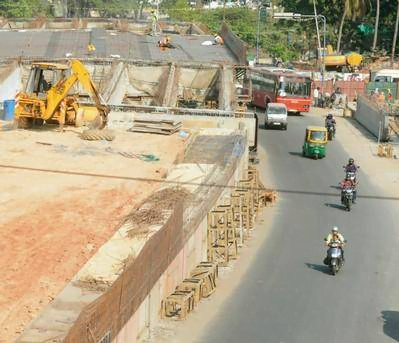 In a fresh draw of lots, Huda allotted alternative plots to the 14 oustees of the Southern Peripheral Road (SPR) project in Sector 49 on January 30. The move cleared the last hurdle in the completion of the 16-km road, Huda officials said.

“Now, in the next few days, the land will be cleared and construction work on the remaining 500-metre stretch of the 16-km road will be completed at the earliest,” said Huda administrator Yashpal Yadav. The construction work had halted due to the rehabilitation process of the 14 oustees at Rambir Ki Dhani.

Last year in August, the urban development body had conducted a draw for the SPR oustees. However, the oustees, who were given alternative plots as per the Relocation and Rehabilitation Policy of state government, filed a petition in the high court demanding benefits in accordance with the Final Terms of Settlement (FTS) prepared in May 2015 for the Northern Peripheral Road (NPR) oustees. On September 9, 2016, the HC directed Huda to provide all the benefits to the SPR, at par with the oustees of NPR.

The fresh draw of lots was conducted in the wake of the HC order. Charan Singh, one of the oustees, asserted that the residents were not against the project. “We wanted fair rehabilitation. Now our demands have been met and we are ready to relocate.”
Source: The Times of India, Delhi/NCR

Affordable housing to be given Infra status; Ashiana , Housing, Puravankara rise up to 15%