Is Chengalpet the next Thane or Gurugram? 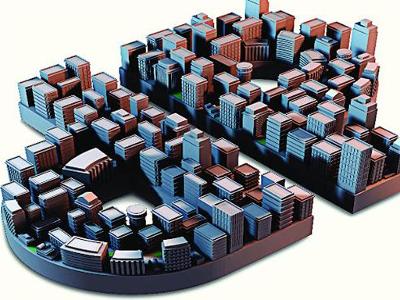 Chengalpet, a town situated 50 kilometres south of Chennai, became the USP to trigger urban development in nearby areas. Thanks to suburban train services and bus connectivity to Chennai, rural pockets around Chengalpet witnessed a natural growth without intervention from the state government, which was busy planning non-starter satellite towns elsewhere.

With the move to introduce planned development, the verdant suburb is set to become one of the popular satellite hub of Chennai on the lines of Gurugram on the outskirts of New Delhi or Thane near Mumbai. However, the growth of the suburb was accidental and was not planned.

The development scenario is unlike in a few modern north Indian cities like Gurugram, which had better transport facilities such as metro rail several years after their growth.

In fact, several interior villages branching out of arterial roads in Chengalpet taluk like the GST Road and the Vandalur – Kelambakkam Road became hub of real estate activities due to the train services. “Chengalpet is better off than Gurugram because the latter took lot of time for development as the governments of Haryana and National Capital Territory of Delhi had to frame policies to usher in development. But Chengalpet had natural growth due the GST Road and rail corridor,” said A Shankar, national director of Jones Lang LaSalle Property Consultants (India) Pvt Ltd.

Noting that the growth pattern in the Chennai realty market is along OMR and GST Road, he said the train connectivity to Chengalpet is an advantage, which is absent on the IT corridor. “Moreover, the proposed bus terminus on the GST Road would add the momentum to its further growth,” he added.

Absence of industrial units seems to have helped as it has enhanced the quality of life, making the area almost part of the city’s southward spread. The suburbs here are green and has abundant water.