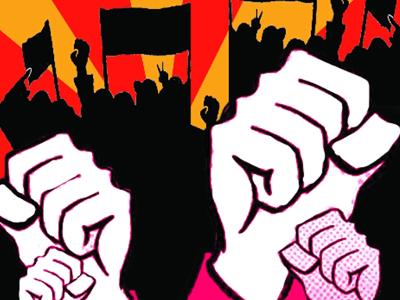 Even as some residents are threatening to boycott the MCG election over the way their ward boundaries have been redrawn, others are planning to approach the Punjab and Haryana high court to get the poll process halted. Out of 46 objections received by MCG against delimitation of wards, 11 objections have been filed by residents of DLF areas, who are unhappy over rural villages getting added to their wards.

On Wednesday, these residents met sub-divisional magistrate (south) Satish Yadav and lodged a strong protest. They have alleged that city residents were not made part of the ad hoc committee that redrew the wards and the way things were done reeked of certain vested interest.

While RWA of Sector 23A has already threatened to boycott the civic election if their boundary wall is not redrawn, Gurgaon Citizens Council, an RWA umbrella body, and RWA of Palam Vihar have said they are planning to move the high court to stall the entire election process, till the time the anomalies are corrected.

“It is highly objectionable to detach DLF Phase 4 from the earlier established ward no. 34 and replace it with rural ward no. 33. There is absolutely no logic in the move. The ad hoc committee never contacted the area residents before recommending the delimitation,” said Priti Pratik Sircar, vice president of Regency Park II RWA. Similar objections were made by residents’ representatives of Ridgewood Estate, Windsor Court, Regency Park I, Saraswati Vihar, Maruti Vihar and DLF Qutab Enclave.

“Some of us are planning to approach the high court and seek a stay on the election process. We want the discrepancies to be rectified and the boundaries to be redrawn. We are in talks with our lawyers and will file a petition soon,” said RS Rathee, president of Gurgaon Citizens Council, an RWA umbrella body. The RWA of Palam Vihar is also planning to approach the high court.

Their objections are not misplaced, as according to sources, one of the ad hoc committee members, Anil Yadav, who is the husband of ward no. 33 councillor, deliberately carved out areas such as Sushant Lok phases I to III from his ward and got DLF Phase IV into his ward.

“The reason for doing so is quite simple. He is aware that since the residents of ward no. 33 are unhappy, there are chances that he (or his wife) might not get votes this time. Also while ward number 34 has around 30,000 voters, ward no. 33 has around 10,000 and therefore there are more chances of winning,” said a source.

However, Anil Yadav, who is also a senior state BJP leader, has dismissed the allegations. “If this was true, then residents of Sushant Lok too should have filed their objections. I can win from any ward and such allegations are baseless,” he told TOI.

When contacted, the sub-divisional magistrate said, “We have heard grievances of residents and will submit recommendations to the deputy commissioner by January 30.”