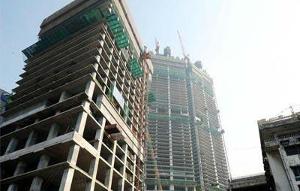 NEW DELHI: Gurgaon remained the preferred choice for opening offices in the National Capital Region (NCR) among companies, grabbing 51% share or 3.88 million square feet of the total office space leased in the region in 2016, according to property consultancy Colliers International.

While the technology sector remained the key driver of office leasing activity in Gurgaon with a 32% share, the share reduced from the last year’s number of 64%.

In Noida, also the technology sector remained the key demand driver with 60% share.

Delhi-NCR took the secnd spot with 18% share of the total occupier demand, followed by Mumbai with 14%, Hyderabad and Chennai with 13% each, and Pune and Kolkata with 9% and 2%, respectively, showed the report.

“In the technology driven markets such as Hyderabad, Bangalore, Pune the demand-supply gap is likely to remain a concern in short term. Tenant appetite for higher quality offices has been reflected in new leases being executed at above market rates in select grade A buildings in all the cities,” said Surabhi Arora, Senior Associate Director, Research at Colliers International.

Just 27.2 million sq ft of Grade A office space was released into the market in 2016. “This was insufficient to cope with the very strong demand especially in markets such as Bengaluru, Hyderabad, and Pune and resulted in a significant fall in vacancy levels and an increase in office rents in most of the micromarkets in these cities,” she said.

Colliers expects a similar trend in 2017 as well, with an upward pressure on rents at least in the first half of the year in most of the preferred markets for grade A buildings.

However, due to a dearth of quality office space in other technology-driven markets like Pune and Bengaluru, NCR may see increased absorption volumes in the coming quarters due to supply-led demand, feels Arora.