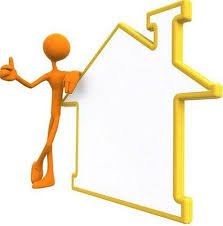 NEW DELHI: Demand for affordable homes is set to stay healthy, with the market poised to hit the Rs 6.25 lakh crore mark by 2022, supported by a growing population, young demographic profile, shift towards nuclear families and rapid urbanisation, according to rating agency ICRA.

Wide disparity in household income, end-user driven market and high home prices will aid the growth of this segment, the agency said.

“The housing shortage is expected to increase from the current level of 19 million units to 25 million by 2021, based on a stable decadal growth rate. Assuming an average ticket size of Rs 25 lakh per unit, this translates into a market potential of Rs 6.25 trillion (lakh crore) for affordable housing projects,” said K Ravichandran, group head, corporate ratings, ICRA.

Shubham Jain, vice president, ICRA, feels the pricing and thus the ticket size of the units limit the headroom available to the developers for increasing the rates, resulting in thin profit margins. “However, the low initial capital requirement, coupled with the relatively shorter execution time period, helps in supporting the overall return on capital employed for these projects,” he said.

The developer’s ability to execute the project within the budgeted cost and time and ability to acquire large tracts of land at low rates remain critical for maintaining healthy returns and viability for the project.

ICRA’s outlook on the overall real estate sector, however, remains negative for the short term given the weak consumer sentiment and the low affordability levels.

The developers’ cash flows are expected to remain subdued given the slowdown in sales and lack of new launches. Moreover, the flexible payment schemes offered by developers, in a bid to boost sales, have further exacerbated the cash flow problems, feels ICRA