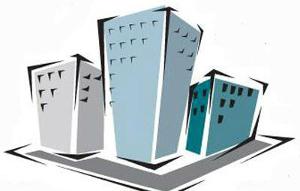 The new year promises a lot to the city as various infrastructural initiatives launched in the past could see the light of day in 2017. The projects, which are in various stages of completion,are primarily aimed at providing relief to its 34 lakh people from the nagging traffic problems that have become the order of the day.

Over 55% of work is complete and the 9.41km project is expected to be completed by June 2017. There will be eight Metro stations between Dilshad Garden and New Bus Stand. The estimated cost of the project is Rs 2,210 crore. Once completed, the Metro is expected to take the traffic load off the city’s roads by more than 50%. “Though there are some issues with funds, we sincerely hope that it will not come in the way of timely completion of the project,” said Vijay Kumar Yadav, vice-chairman, Ghaziabad Development Authority.

2. Elevated Road from UP Gate to Raj Nagar Extension

Work in full swing on the 9.3 km six-lane road being built at a cost of Rs 1,147.6 crore. Expected to be completed by April 2017, the project is touted as country’s longest elevated road to be built on a single pier. Once complete, the road will reduce the travel time from UP Gate to Raj Nagar Extension to a mere 10 minutes from the nearly 45 minutes now. “More than 73% work is complete and we hope to open the road by April,” said Chakresh Jain, executive engineer, GDA.

Work is nearing completion for the grade separator at Meerut trisection. Once completed, it is supposed to decongest the busy cross-section which sees merging of traffic from three points. “Being built at a cost of Rs 35 crore, the work on grade separator is almost complete. We hope to commission it by April next year,” said Vijay Kumar Yadav.

The stretch of road parallel to Hindon river, which connects the city area to trans-Hindon areas of Vasundhara and Indirapuram, is a nightmare for commuters as there is a long traffic jam almost every day. However, by January, a new railway underbridge will open up for traffic. Built at a cost of Rs 30 crore, the RUB has two concrete push boxes of 9 X 4.5 meters just beneath the railway line that will allow traffic from both directions to pass smoothly.

Being built at cost of Rs 28 crore, the railway underbridge at Sahibabad will be commissioned by March 2017. The project will provide relief to hundreds of commuters from delta colonies for whom getting stuck at this section has become a regular affair.

Delhi: Building plans filed online to be cleared in 2 weeks