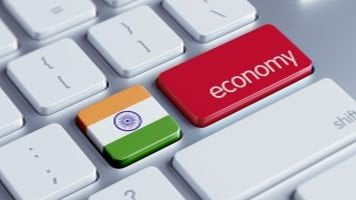 NEW DELHI: With lenders such as SBI, PNB, Union Bank of India and IDBI slashing benchmark lending rate, India Inc today said the move will act as a “booster dose” for the economy and propel consumption as lending may pick up significantly.

Industry chamber CII said that the rate cuts will play a key role in the process of economic strengthening in the medium term.

“As loans become cheaper, sectors such as consumer durables, automobiles and housing should see a recovery. Various measures have been taken to encourage lending to the SME sector. We expect start-ups and SMEs to play a major role in the next growth cycle,” CII Director General Chandrajit Banerjee said.

Bank lending is likely to pick up significantly, as deposit mobilisation has been strong following demonetisation, he added.

“It is heartening to see the banks moving towards an easier lending rate regime and we hope that this rate cut cycle will be carried forward. With ample liquidity now at their disposal and credit growth moving at slow pace, a lowering of interest rates was the need of the hour,” Ficci president Pankaj Patel said.

Prime Minister Narendra Modi in his address to the nation on Saturday had appealed to the banks flush with currency to move beyond their traditional priorities, and keep the poor, the lower middle class, and the middle class at the focus of their activities.

The country’s largest lender — State Bank of India (SBI) — on Sunday slashed its benchmark lending rate by 0.9 per cent across various maturities with immediate effect.

The bank reduced marginal cost of funds based lending rate (MCLR) from 8.90 per cent to 8 per cent for 1-year tenure, SBI said in a statement.

Similarly, Union Bank of India reduced its lending rate by 0.65 per cent to 8.65 per cent.

Last week, SBI subsidiary State Bank of Travancore also cut rates by up to 0.3 per cent, while IDBI Bank cut its lending rate by up to 0.6 per cent across various loan tenors.