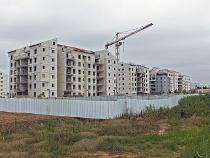 NEW DELHI: In order to overcome the impact of demonetisation on sales, developers and real estate portals are coming up with special offers and services. While developers such as Unishire and ATS Infrastructure are offering home loans at 6 and 7 per cent respectively, Delhi Infratech is offering ‘Book Now, Pay after Three Months’ scheme.

“With recent demonetisation, it is expected that home loans rates will witness a fall in coming quarters and this speculation has again brought fence-sitters in wait-and-watch mode. Hence, we are addressing to this very concern by offering homes with home loan rate of 6%,” says Pratik K. Mehta, MD, Unishire, Bangalore-based real estate developer. Unishire is offering the deal on 7 of its ongoing properties in Bengaluru for first three years only. The company will take care of the difference amount during the period. ATS Infrastructure is extending the offer for its Pictureque Reprieves project situated in Noida Sector 152. Delhi Infratech on the other hand is offering the deal for its De Nest project situated on the Gurugram-Faridabad Expressway.

Real estate portal Magicbricks has come up with a property price movement tracker called ‘PriceFlashEngine’ which helps home buyers to set up alerts to constantly monitor the prices of the properties they are interested in and to then make their move whenever a great deal comes their way. “There is a lot of uncertainty regarding property prices post demonetisation and consumers are confused whether they should take any action or hold their decision for now. However, we believe, on the contrary, demonetisation has opened the market for serious property buyers. This is one of the best times when consumers can negotiate best prices & deals with developers,” said Sudhir Pai, CEO, Magicbricks.com.