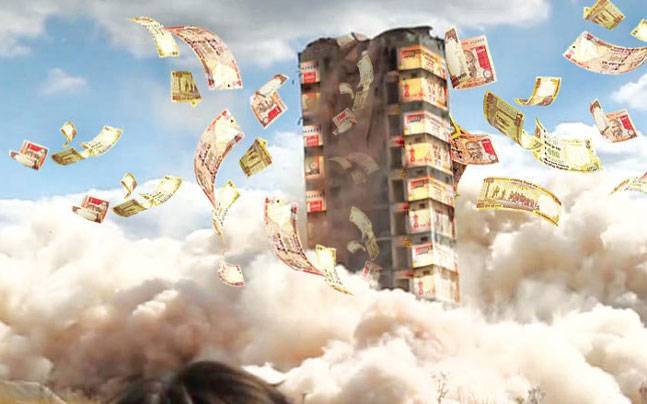 The Centre’s demonetisation move has come as a reality check for the realty market in the national capital region with registration of properties dipping by almost 30 per cent while kindling hopes of cheaper flats among prospective buyers.
Transactions in the sector usually involve a significant amount of cash exchange aimed at avoiding tax by under-reporting the value of the deal. But with such hidden money moving out of the market, prices are starting to tumble. With the government scrapping 86 per cent of available currency notes, registration of flats, plots and shops in Delhi has gone down by almost 30 per cent while in Gurgaon, the dip is nearly 25 per cent.
Real estate data and analytics platform PropEquity predicted last month that the cash squeeze will wipe out over Rs 8 lakh crore worth market value of residential properties sold and unsold by developers since 2008 across 42 Indian cities.
According to Delhi government’s revenue department, a total of 7,028 properties were registered in the Capital in October, but the number came down to 4,417 in November. In Gurgaon, the registries – of both commercial and residential real estate – has dropped from nearly 4,000 a month to less than 3,000, an official said. “The revenue from registration of properties in Gurgaon was nearly Rs 20 lakh a day before November 8 but since then the collection has declined to Rs 10-12 lakh per day. This is mainly because such transactions are made in cash,” he said.
(source by:-The Economic Times( ET REALITY) )

Thanks to reforms, equity investments in realty on the rise: JLL India report