Currency demonetisation to shake up real estate for sustainable growth 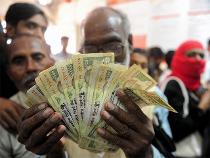 The landmark move by the Modi government to demonetise high-value currency notes to stamp out black money will have a far-reaching impact on the capital-intensive real estate sector where almost one-third of transactions still involve unaccounted money. Though initially, in the short term, the government’s bold move will hit the sentiment of the real estate market, already reeling under a recession, in the medium- to long-term, the sector will reap the benefits of the greater ushered in by government’s “surgical strike” against black money.
This is especially so when in the last couple of years, the government has initiated a number of key reforms in the real estate sector like Real Estate Regulation Act (RERA), GST, REITs and Benami Transactions (Prohibition) Amendment Act, 2016, besides reforms related to FDI, to bring in transparency. Consequent to the reforms, foreign investors are already betting big on real estate.
In a recent development, global private equity player Xander has formed a joint venture with Dutch Pension Fund Manager APG Asset Management to deploy $1 billion in real estate in India. Much to the relief of cash-strapped and debt-ridden developers, institutional financing will also come with lesser risk weightage.
As the real estate sector has significant consumption of black money, the impact of the government’s crackdown will be felt here much more.
There is a cash component of 20-30 per cent in property transactions, largely due to the difference between the collectorate rate and market rate of property. This is even higher in land transactions and property transactions in smaller cities.

At the initial stage of the real estate project, land purchase has the highest component (40 per cent or more) of unaccounted money. Also, the payments by investors at the pre-launch or early launch stage has a considerable cash component.

It is also seen that in primary sales, developers offer a discount if some part of the property’s value is paid in cash. Now that the government has come down heavily on black money, the cash component in property transactions will go down. This will result in a drop in land prices and land deals will likely see a substantial dip.

Real estate investments in Gurgaon double to over $1 billion

After demonetisation, benami properties to be next target says PM Modi