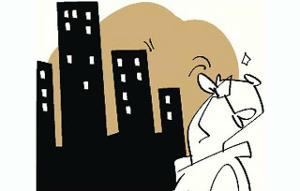 NEW DELHI:The government on Monday has notified the final rules to implement the Real Estate (Regulation and Development) Act, 2016 (RERA) that aims to bring transparency and set accountability in the sector and help in completion of stalled projects.

The rules, put in the public domain by the Ministry of Housing and Urban Poverty Alleviation (HUPA) three months back for suggestions, will be applicable for five Union territories without legislature of Andaman & Nicobar Islands, Dadra & Nagar Haveli, Daman & Diu, Lakshadweep and Chandigarh.

The ministry of urban development is working on similar rules which would be applicable for the National Capital Region of Delhi, while state governments and other Union territories with legislature will either come out with their own rules or have the option to adopt the HUPA-notified rules.

Builders will now have to make public the details such as original sanctioned plans of the ongoing projects with specifications and changes made later, total amount collected from allottees, money used, original timeline for completion and the time period within which the developer undertakes to complete the project, duly certified by an engineer, architect or practicing chartered accountant.

They also need to deposit 70% of the amount collected and unused for ensuring completion of ongoing projects with the real estate regulatory authority in a separate bank account within three months of applying for registration of a project.

However, what may come as a major relief for builders, the requirement of disclosing income-tax returns proposed earlier has been withdrawn in the final rules keeping in view the confidentiality attached with them.

Also fee for registration of projects and real estate agents with regulatory authorities has been reduced by half.

Discrimination in sale of properties on any grounds will also not be entertained under the new rules. Adjudicating officers, real estate authorities and appellate tribunals shall dispose of complaints within 60 days.

Promoters of real estate firms will be required to submit authenticated copy of PAN card, annual report comprising audited profit and loss account, balance sheet, cash flow statement and auditors report of the promoter for the immediate three preceding years, authenticated copy of legal title deed, copy of collaboration agreement if the promoter is not the owner of the plot during registration of projects.

Developers will also have to declare size of the apartment based on carpet area even if it was earlier sold on any other basis.

They also has to declare information regarding the number of open and closed parking areas in the project.

The final rules direct companies to upload on the webpage of the project the information regarding number and type of apartments or plots, garages booked, status of the project with photographs floor-wise, status of construction of internal infrastructure and common areas with photos, status of approvals received and expected date of receipt, modifications in sanctioned plans and specifications approved by the competent authority within 15 days of expiry of each quarter.

As per the Act, the Real Estate Rules were required to be notified by all the concerned by October 31,2016. In view of the delay in this regard, the Ministry of HUPA has sought time from the Committee on Subordinate Legislature of Rajya Sabha for notifying the Rules.

The state governments of Rajashthan, Maharashtra, Karnataka and Gujarat have already put the draft rules in the public domain for suggestions, while the others are likely to follow suit.

Real Estate (Regulation and Development) Act, 2016, Real Estate Regulatory Authorities are required to be put in place by April 30, 2017 before full Act is brought into effect on May 1, 2017.

Real estate investments in Gurgaon double to over $1 billion