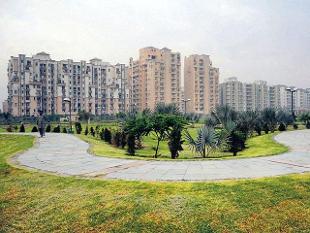 The Central government on Monday might notify rules to implement the Real Estate (Regulation and Development) Act (RERA), which will make it mandatory for builders to pay 12% interest to home-buyers for any delay in handing over apartments. The rules will be first rolled in the union territories of Chandigarh, Andaman & Nicobar Islands, Daman and Diu, Dadra and Nagar Haveli and Lakshadweep. In Delhi, the rules will be implemented in a month’s time, said a senior official of the Urban Development ministry. States such UP, Maharashtra, Haryana, Gujarat, Punjab and Goa are likely to frame the rules soon.

For poll-bound Uttar Pradesh, the rules will be rolled out shortly to avoid the model code of conduct.

The notification of rules will pave the way for setting up of a regulator for the sector, a much-needed relief for home-buyers.

RERA will go a long way in addressing the hardship that the existing home-buyers are facing due to delay in possession, which in some cases is up to 10 years or more. With buyers losing confidence in the developers, the sector is facing an unprecedented slowdown. Developers say implementation of the rules will help restore confidence of buyers and help revive the real estate sector.

An official said the government has asked state governments to expedite the process to notify the rules and appoint regulators as outlined in the Act. He said a number of state governments are considering to accept the central legislation as the model Act. In Uttar Pradesh, the state government is in consultation with development authorities in various places like Noida, Greater Noida and Ghaziabad to implement the rules. The Maharashtra government had released draft rules in September to solicit public suggestions. Southern states such as Karnataka, Andhra Pradesh, Telangana and Kerala are also in the final stages to complete the process. (source by:-The Economic Times )