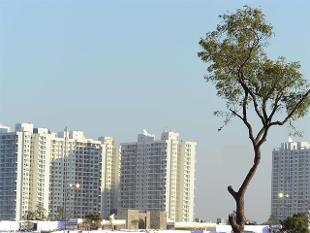 NEW DELHI: The Centre will notify the rules of the Real Estate Act soon, moving another step toward operationalising the legislation which seeks to regulate the housing sector, bring transparency and help protect consumer interests. The Ministry of Housing and Urban Poverty Alleviation (HUPA), which is responsible for making such rules for Union Territories without legislature, is likely to notify them within 10 days, a spokesperson said.

As per a notification issued in April this year, real estate rules were to be notified by October 31 this year or within six months of the Act coming into force. The ministry’s April notification brought into effect 69 of the 82 sections of the Act from May 1 this year.

Real estate rules to be notified by the Ministry of HUPA are applicable to Union Territories of Andaman & Nicobar Islands, Chandigarh, Dadra and Nagar Haveli, Daman & Diu and Lakshadweep. The Ministry of Urban Development will come out with such rules for the National Capital Region of Delhi while other states and UTs will come out with their own rules. The Real Estate (Regulation and Development) Bill, 2016 was passed by Rajya Sabha on March 10 and by Lok Sabha .on March 15 this year.

The Act, which is touted as a major reform measure to regulate the vast real estate sector, requires registration of all projects with state level Real Estate Regulatory Authorities to ensure protection of the interests of both buyers and builders.

The Act also requires builders to deposit 70 per cent of the payments made by allottees in a separate bank account to ensure that such funds are not diverted to other projects.

It also provides for imprisonment of up to 3 years for builders and one year for real estate agents and buyers for violation of any provisions of the Act. As per the provisions of the Act, Real Estate Regulatory Authorities and Real Estate Appellate Tribunals have to be set up by the end of April, 2017 and the entire Act is to come into effect the day after