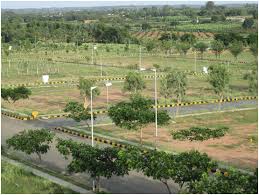 Chief Minister V Narayanasamy on Thursday said a French financial institution would extend assistance of more than Rs 2,000 crore for developing infrastructure in the Union Territory.“France and India have very good relations in several sectors and the French government has helped our country on several counts. The relations between France and Puducherry are also very vivid and robust,” he said.The Chief Minister was addressing French nationals and officials of French government at a reception held at the French Consulate here on the occasion of the celebration of the 227th French National Festival.He said the Agence Francaise Developpement, a public financial institution in France implementing programmes for sustainable development, would provide more than Rs 2,000 crore to Puducherry for infrastructure development.This amount would be available to the central government from AFD as a long-term loan and the Centre would in turn allocate it to Puducherry as grant, he said.Stating that Puducherry government was “reworking” on the Smart City project by integrating Puducherry and Oulgaret municipalities, he said during his recent visit here, French Ambassador to India Alexandre Ziegler had expressed interest in encouraging the beach restoration scheme of Puducherry.He said that while Lt Governor Kiran Bedi was keen on achieving the goal of “prosperous Puducherry”, his ministry wanted to achieve development and both “are thus having common objective of an ideally developed and prosperous Puducherry”.The tiny Union Territory needed the help and support of the Centre, he said adding his government “is maintaining good relations with the Centre”.Earlier,Consul General of France Philippe Janvier Kamiyama said France was already supporting the efforts of India to guarantee energy availability and its supply by developing renewable energy sources, particularly solar energy as part of ambitious international Solar Aliance that will benefit at least 100 countries.He also said France had offered to become a key partner in the development of smart cities programme, which he described as an “inspiring” project of Prime Minister Narendra Modi.He also appreciated the thriving business of French companies in Tamil Nadu and particularly in Chennai and its suburbs.

GET MORE OF REAL EST

“Vision of tomorrow South of Gurgaon”