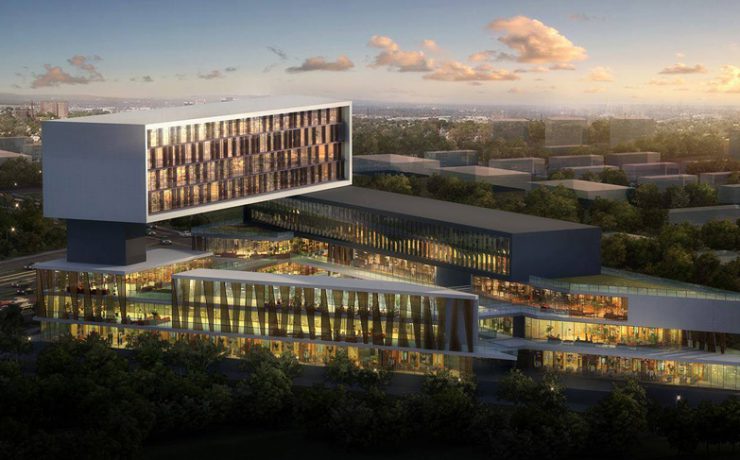 Delhi-NCR has recorded 39% increase in net office space absorption at 2.4 million sq ft in the first half of this year on the back of a few large-sized leasing transactions, according to property consultant Cushman & Wakefield.

Net leasing of office space stood at 1.7 million sq ft in January-June of 2015.

“Delhi-NCR witnessed 2.4 million sq ft of net absorption during H1 of 2016, a surge of 39 per cent from the corresponding period last year,” C&W said in its report.

The increase in the overall activities was due to some large-sized deals taking place in the market, it added.

“The interesting development to note in the NCR market is the uptake of space in Noida due to its price advantage. Even while Gurgaon has seen steady absorption levels, this large deal in Noida can be a potential precursor to the next phase of growth for this region,” C&W India MD Anshul Jain said.

Noida has to its advantage a robust infrastructure and price competitiveness in comparison with Hyderabad and Pune, he added.

According to the report, net absorption of office space fell 18 per cent to 14.5 million sq ft during the first six months of 2016 in eight major cities — Delhi-NCR, Mumbai, Pune, Kolkata, Ahmedabad, Bengaluru, Chennai and Hyderabad.

The activity level was impacted by a significant drop in absorption levels in cities of Chennai (-51 per cent), Pune (-41 per cent), Mumbai (-36 per cent) and Bengaluru (-34 per cent) in the first half of 2016 against the year-ago period.

“The first half of the year has been a mixed bag for the key markets with large volume locations like Bengaluru and Mumbai seeing a drop in net absorption owing to slower take-up of space by IT/ITeS and BFSI sectors,” Jain said.

“This, however, is going to be only temporary as the second half looks promising. A number of companies have committed space foreseeing limited availability of upcoming quality stock in select markets which will push up absorption in the second half of the year,” he added.