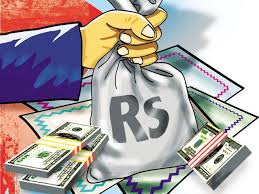 Realty firm CHD Developers Ltd on Monday said it will invest about Rs 350 crore over the next four years to develop a housing project in Gurgaon.

In a filing to the BSE, Delhi-based developer said that the company will come up with a new project in Sohna, Gurgaon.

“The land is spread over an area of 10.025 acres with a total saleable area of approx. 10 lakh sq ft (square feet). The project is under joint development and CHD holds 68 per cent of the total project,” it added.

When contacted, managing director Gaurav Mittal said the company has tied with a land-owner to develop this project, which will comprise of 1,380 housing units.

He said the company would start construction in the next four months after obtaining the environment clearance and the project would be completed in four years after that.

Asked about investment, he said, “The project cost will be about Rs 300-350 crore.” The cost will be met from internal accruals, bank debts and advances from customers.

Mr Mittal said this would be the fourth project of the company in Gurgaon. The company is also developing a township project at Karnal.

How Real Estate Bill May Shake Up Property Sector: Report