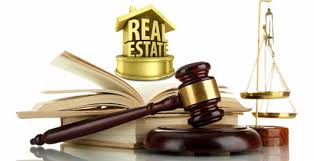 Nashik: The passing of the new Real Estate Bill in the Rajya Sabha last week has lifted the spirits of the state Confederation of Real Estate Developers’ Association of India (Credai). The association said the real estate sector will now get the status of industry, but also sought changes in some “rigid provisions” of the bill.
The bill would be applicable for projects coming up on 500 sq m onwards or minimum eight flats.
Sunil Bhaybhang, vice-president of Credai (Maharashtra), said, “This proposed bill is really good for the builders or developers working as per norms. It will not only bring transparency in the sector, but also give its the status of industry as it will be under the regulator. Though a really good decision by the Centre, we need changes in two-three provisions of the bill.”
“As per the proposed bill, it will be mandatory to register projects by providing necessary details online. The provision should be limited to only submission of information online and the projects should not be delayed for want of other permissions or NOCs. Moreover, the condition of depositing 70% of the collections from buyers in a separate account towards the cost of construction is also rigid,. The cost of land in cities such as Mumbai, Pune and even Nashik is higher. Hence, it will be difficult for the builders if he is allowed to withdraw 30% of the total collection from buyers. The deposit limit should be reduced to 50%,” Bhaybhang said.
“The sector will become organised in a real sense once the bill comes into effect. However, the number of licences to the industries have been reduced under ‘ease of doing business’. The real estate sector should also get the benefits in the form of reduction in the number of permissions and NOCs,” he said.
“The Real Estate Bill should be applicable to the projects coming up after its implementation. Moreover, the ongoing projects should be exempted from the bill,” said Jayesh Thakkar, president of Credai (Nashik).
“The projects come up on 15-20 acres or more and continue for three to five years. A new trend always enter the realty sector after every three-four years. Hence, the builders have to seek consent of two-third of the allottees if they want any changes in the projects. The government needs to remove this condition,” Bhaybhang added.
# Highlights of the proposed Real Estate Bill
# Developers will have to deposit 70% of the collections form buyers in separate accounts towards the cost of construction
# Norms for registration of projects will be for the projects coming on plot area of 500 sq.mts onwards or minimum eight apartments
# Carpet area has been clearly defined which forms the basis for purchase of houses, eliminating any scope for any malpractices in transactions