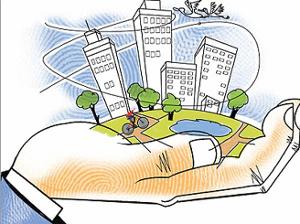 NEW DELHI: The government is making an effort to make the consumer the king, once the real estate bill becomes law. It’s only home-buyers who will decide whether a builder can transfer majority rights and liability to a third party or change the layout or design of a project. Residents associations will be formed within three months of the majority of flats being booked to facilitate handing over of projects in time.

Moreover, housing minister M Venkaiah Naidu told Rajya Sabha on Thursday that his ministry will consider bringing already sold flats under this law while making rules. Such a provision will bring huge relief to lakhs of buyers since most of the real estate projects delayed were launched years back.

The bill includes provisions which make it incumbent on builders to submit their details and of the project along with the photographs of promoters while applying for registration. They will need to submit details of the projects launched by the promoters in the past five years with their actual status. “This will work like reviews that people go through before booking at a hotel room,” parliamentary select committee chief Anil Madhav Dave had said in the Upper House.

The bill specifies that in case there is substitution of developer/ builder, the new promoter will take all the liabilities and this change won’t trigger any extension of the deadline. The buyer will have the right to get all details of the project including government approvals and floor plan besides quarterly progress.

The bill mentions the regulator won’t extend the deadline for completion of project beyond one year in normal circumstances.