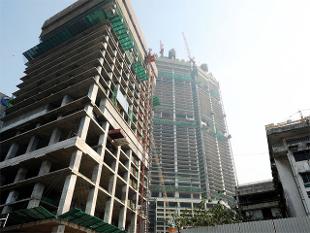 NEW DELHI: Governemnt today expressed hope that Real Estate Regulatory Bill could be discussed and approved in the ongoing budget session of Parliament. The Real Estate Bill is pending before Parliament and the governemnt is hopeful that after discussion, it could be passed in the ongoing session, Urban Development Minister Venkiah Naidu said in reply to supplementary questions during the Question Hour. On the concerns raised by some members whether the Centre had a right to legislate on real estate which fell in the domain of the states, he said the government had sought the opinion of the Attorney General who said it is in the concurrent list and could be legislated upon. “Concerning the views of the Law Ministry, this is possible,” Naidu said. In reply to a query, Naidu said the legislation would not encroach upon the rights of the states. Passage of the Real Estate Regulation and Development Bill is essential to protect the interests of the buyers and sellers, the Minister said. The Union Cabinet had in December 2015 cleared 20 amendments to the bill which seeks to regulate transactions between buyers and promoters of residential real estate projects by establishing state-level regulatory authorities. Observing that there would be no licensing of the real estates, he said the Real Estate Bill was referred to the Standing Committee and then the Rajya Sabha had sent it to the Select Committee and was now pending before Parliament. In reply to a query whether government is planning to make real estate licensing online, Naidu said there was no such plans. (source by:- The Times of India)