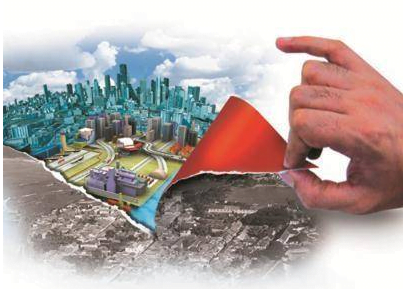 NEW DELHI: The government on Thursday set the ball rolling on its Smart Cities plan by announcing the first list of 20 cities, which included five capital cities, to be developed as Smart Cities. Bhubaneswar in Odisha topped the city challenge competition.

Pune and Jaipur were second and third.

The government has also offered a fast track window for the next rejected 23 cities based on their ranks to upgrade their proposals and submit them by April 15, 2016 for evaluation.

Apart from Bhubaneswar, Pune and Jaipur, the other cities include Surat and Ahmedabad in Gujarat, Kochi in Kerala, Bhopal, Jabalpur and Indore in Madhya Pradesh, Visakhapatnam and Kakinada in Andhra Pradesh, Solapur in Maharashtra, Davanagere and Belagavi in Karnataka, the New Delhi Municipal Council in Delhi, Chennai and Coimbatore in Tamil Nadu, Udaipur in Rajasthan, Guwahati in Assam and Ludhiana in Punjab.

A total investment of Rs 50,802 crore has been proposed in these 20 cities and towns during a five year period, of which, Rs 38,693 crore will be spent on area development and Rs 12,109 crore on a total of 56 pan-city solutions.

“It is heartening to note that New Delhi’s smart city proposal has been shortlisted in the first 20 list of cities to be funded. We are confident that this announcement will further accelerate the transformation of cities into smart cities and will witness very significant investments coming in,” said Jaijit Bhattacharya, partner, cities and innovation at KPMG.

Anshuman Magazine, chairman and managing director of property consultancy CBRE South Asia said, “While this initiative will involve large-scale retrofitting as well as redevelopment, these cities could become showcases of urban infrastructure development, encouraging others to follow suit. Going forward the success will rest on the effective implementation of the development of these smart cities.”

A total area of 26,735 acres will be taken up for improvements in these 20 cities including redevelopment of 425 acres in Bhopal (350 acres) and Ahmedabad (75 acres).

Prakash Chandraker, vice-president and managing director-energy business at Schneider Electric India said, “Not only will these cities have enhanced basic infrastructure, but they will also offer opportunities in efficient urban mobility, waste management , IT connectivity, e-governance and citizen participation. We are extremely positive about this development and excited about the huge change it will bring in its wake.”

Amit Modi, Director, ABA Corp and vice president, CREDAI Western UP, said, “While New Delhi is there amongst first 20 cities we hope areas like Ghaziabad, Noida, Greater Noida, Yamuna Expressway and Gurgaon also find their place in the next list. It will greatly enhance the much needed infrastructure requirement of the area as we believe that smart cities of New Delhi surrounded by underdeveloped infrastructure will also nullify the bottom up approach that has been the key planning principle under the Smart City mission.”