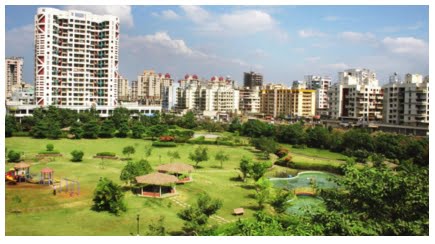 The policy initiatives taken by the government are likely to change the face of the realty sector this year
The year 2015 was an eventful year for the real estate sector. Many new guidelines were issued by the government for the sector which, hopefully, the industry players feel should come into force in 2016. One of the major announcements by the government is “Housing for All by 2022“ among the other major initiatives like smart cities, relaxed Foreign Direct Investment (FDI) norms, affordable housing, State Regulatory Bill, etc. Experts are of the view that these plans when implemented will propel growth in the sector.Chintan Sheth, a leading developer, says, “FDI in real estate is expected to provide a significant boost to the sector in terms of greater foreign capital inflows. The other projects will now get a boost by the substantial participation by the foreign investors. This move would create more job opportunities.“ According to Cyrus Engineer, industry expert, “The real estate industry outlook is looking increasingly positive, based on improving macro-economic fundamentals. There is a stable inflationary policy and over the long term this will continue to benefit asset prices; unemployment figures continue their downward trend in most major markets leading to an increase in demand for real estate. Furthermore, commodity prices that affect consumers and the real estate market are lower relative to recent years and look unlikely to rise significantly in the foreseeable future.“The government has initiated a number of polices which when implemented should hopefully see the sector come out of its slumber and attract huge investments into the sector going forward. Manju Yagnik, a leading developer opines, “If the Development Plan (DP) 2034 is passed this year, it could well be a game changer for the Mumbai real estate market. The city is in dire need for a realistic plan. It would be a road map for the city’s growth and development. Apart from the above the industry has been asking government to grant industry status and single window clearance.“Due to these initiatives there would be faster clearance procedures and quick approvals would largely reduce the handover time and increase customer satisfaction level.Some experts like Rajesh Prajapati, one of the developers from Navi Mumbai, says, “For the success of ‘Housing for all by 2022′ scheme, the government along with private developers will have to work in tandem, based on the PPP model if we are to see maximum number of people housed within the given time frame. The State Regulatory Bill is another major policy initiated which will help bring in more transparency into the sector.Also the `Make in India’ and `Digital India’ campaigns launched by the government will give a tremendous boost to the commerce property space.“The year 2016 is also expected to see a trend of developers majorly catering to the mid and lower housing segments as prices are expected to stabilize given the policies initiated by government in `Housing all Indians by 2022′. But at the same time, property developers believe that there will be an increased demand for luxury housing as income levels continue to rise coupled with high aspirations of home buyers. Shrikant Pranjape, another industry expert, said, “Developers’ focus would be on affordable housing which has potential to give the much needed thrust to the entire realty sector. Senior citizen housing is also another segment that has huge potential to develop in our country. We believe that the coming year 2016 will be the year of ‘Affordable housing in India’ and hopefully should fulfil the dreams of millions of home buyers across the country.“

In a nutshell, one can predict better days ahead for the realty sector as the government has made its intentions clear about the importance of kick starting the economy and real estate sector in particular. If these expectations are met, then it would be greatly restorative of the industry’s faith in the government and the customer’s faith in the builders in turn.

(source by:- The Times of India)